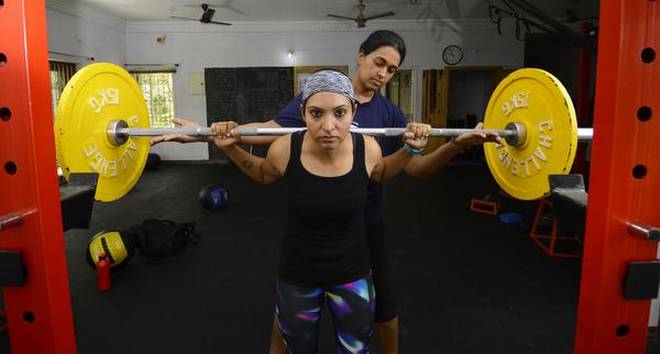 As I walk into The Unit, a strength and conditioning gym, for my regular class, Srividya Gowri comes up to me, lifts up the sleeve of her T-shirt, and says, “Hey, see my cut.” I am somewhat confused by Gowri’s apparent glee about the ‘cut’ — and by the fact that I cannot see any cuts on her arm. Srividya sees my confusion. “My bicep cut,” she explains. We burst out laughing.

Gowri is 43, the mother of two teenaged daughters, a homemaker, Carnatic singer, and your typical new-age Madras ‘maami’ outside of the gym. Inside the gym though, she is straight out of a Marvel comic, a Peter Parker shedding identities like second skin. Here, she is a ‘bro’, deadlifting 90 kilos and benching 40 kilos. Here, she speaks the language of cuts and reps and brace and form. Here, she transforms into the living, breathing, walking epitome of ‘strong’.

Behind Chennai’s tapestry of sensory clichés — the aroma of filter kaapi, the rustle of Kancheepuram silks, the shimmering Marina, the heat that wilts, the Margazhi that revives — is a group of feisty women who lift weights. They compete. And they defy clichés.

“If women can strap on several kilos to their spine and carry the weight around for nine months, and then some more when the child is three or five, why is it difficult to understand when I shape it properly for you like a barbell? If you are going to lift, you might as well lift with proper form,” says Jyotsna John with her trademark wit. ‘Jo’, as she is called, began The Unit a little over five years ago at a friend’s home and later ran it from the backyard of a school.

I joined The Unit two years ago and by then it had found its own space. It was like I had opened a secret wardrobe to an intoxicating and impossible new world where the smells of rubber and iron merged with the sounds of grunts and groans. Six months later, I participated in my first competition — a State bench press competition — and won gold.

At powerlifting tournaments, there is a sea of men and a tiny island of women. The testosterone in the air is overwhelming and raucous. A stage is set with a table on one side where three members from the Tamil Nadu Powerlifting Association sit, all dressed in white, calling out names and numbers from little slips of paper.

For the uninitiated, the competition is divided based on age and weight, and how much you lift is calculated accordingly. They weigh you in, record your weight and age, ask you what your first lift will be, and then you wait your turn. You are allowed three attempts, and increase your lift with every turn. These women speak the language of cuts and reps and brace and form. A training session at The Unit in Chennai.   | Photo Credit: R. Ravindran

At the centre of the stage, against a big banner showcasing flexed muscles and popping veins, is the bench (for bench press) or a simple barbell (for deadlifts), or a squat rack (for squats), with 2.5 kilo, 5, 10, 15, 25 kilo plates (and more) lying around looking strangely disconcerting, like uninvited guests. Sitting on a chair up front, back to the audience, is the judge.

At the competition, I remember feeling disoriented, nervous and woefully inadequate. I watched the impossible weights the men were lifting, as awe turned to fear and the fear incapacitated me. I bungled my first attempt — 22.5 kilos. I repeated the weight in my second. I went on to 25 kilos in my third, and that won me the gold.

In India, the belief that women over a certain age cannot lift weights is as deep-rooted as mould on an abandoned building. Add to this the fact that within the powerlifting community, too, women stop once they are married and have children.

Meenal Jalihal, 62, has been strength training at The Unit for a year. “I constantly hear the ‘Oh, if you stop weights you will become fat’ line, but perhaps the most bizarre line I have heard till now is ‘Your uterus will fall out!’ So I just smile and tell them how much I bench (27.5 kilos) and lift (55 kilos), and their jaws drop.” The benefits of powerlifting are many, says Jalihal: “Quality of life improves, your reflexes improve, memory improves, you feel energetic and, most important, especially for women my age, you can sit cross-legged on the floor!”

Gowri agrees. Battling obesity in her teenage years and continuing to battle hyperthyroidism, Gowri found her way to The Unit five years ago to help strengthen and support her running form and iron out (pun unintended) small injuries. “I got a casual invitation from Jo to come for the State bench press competition last year, where I ended up winning a gold in my age and weight category. That feeling was incomparable, and I shifted completely to strength training after that. I find that I am a lot more confident and empowered now.”

In school, Gowri’s nickname was ‘chubby’. “How I wish ‘chubby’ could hear that I am now ‘athletic, fit and toned’,” she says. On her Instagram page, Gowri recently posted a picture of her washboard abs giving all of us, regardless of age, #fitnessgoals.

“Many people think that after 50 there is not much one can do,” says Jalihal. In fact, at the 2018 National Powerlifting Championship held in Coimbatore, during the weigh-in, the man taking down names and categories refused to believe Jalihal was over 60. Incidentally, she won the national gold.

Jo says her intention as a coach is not about creating powerlifters or to get people to compete. “Rather, the focus is on helping you attain whatever goal you have. Usually it is weight loss and that is a great place to start. But there are other uses to strength training and all I do is point you in the right direction, and help you see that there is more to this than just the mirror.”

Jo, whose efforts led to the creation of a separate women’s trophy in competitions, has been selected Assistant Secretary of the Chennai District Powerlifting Association. “The reason we chose Jyotsna for this post was because of the number of women she has introduced to the sport. I remember how in one competition there were more than 20 women from her gym alone. Not only do they lift with good form and heavy weights, but a lot of them have gone on to become champions at the State and district level, and now at the nationals too,” says S. Bhagavathy, Joint Secretary of the Tamil Nadu Powerlifting Association. Like most women (and men) who find their way to The Unit, I ended up here because of an injury — my knees had taken a hit after my two pregnancies. At 35, I found I couldn’t climb the two floors to my home without a sharp, shooting pain in my left knee, and simple everyday activities left me completely winded. “Men and women have the same quality of muscle in their body, but we have 30% less muscle than men of the same weight and height. With older women, the ability to build muscle slows down. Most people who come to me have injuries and just want a way out of pain,” explains Jo.

Once you discover strength training, it’s like cold water on a summer afternoon — refreshing, invaluable and life sustaining. Sowmya Cotah, 51, a life coach, says she has never been an ‘exercise person’. “My tryst with fitness was sporadic at best until I started to enjoy it. And watching so many women around you powerlift encourages you to give it a shot and then you are hooked,” she says. Cotah also represented the State at the Nationals and won silver. “It’s not winning that matters — because you know that in the Masters category (40-50 years; Masters 2 is 50-60 years) there are so few women participating in India that most times you are assured of a medal. But even to get that medal, you need to lift right and lift well, and then it becomes about how much more you can do the next time; how much you can better yourself.”

Sumitra Ravindranath, 50, an architect, deadlifted 105 kilos at the Nationals to win a bronze. “A year ago, I visited my daughter in Chandigarh and climbed the overbridge at the station with my suitcase, reached the other side of the platform, and then realised I had actually done it,” she says. “I think competing is significant because, at least for me, it is important to know what it feels like to be on stage in front of an audience; to be able to overcome that nervousness and still be able to do your lift. At the Nationals, I actually lifted 110 kilos, but I was so excited I had done that, I dropped it instead of putting it down and the lift was disqualified.”

In Time magazine’s 2017 special edition on ‘The Science of Exercise’, one of the stories looked at the benefits of strength training for women. The story paints a scary picture of how a sedentary lifestyle is making us weaker by the day and how increasing muscle mass is a way to fight that — it leads to denser bones, a necessity especially for women. “If we imagine the bone as a bank account that stores calcium, then you can begin to see how imperative it is to keep that account active,” explains Kannan Pugazhendi, sports physician at the Indian Institute of Sports Medicine. “Women lose a lot of bone mass as they grow older and more so at menopause. And the only way to deposit calcium is through movement, through optimum weight and strength training, so when you begin to lose it, you already have an account to depend on.”

At the end of the day, when I think back to the medal around my neck, it seems so clear — this is what I want. Not the medal itself, but all that it represents: strength of bone and muscle, sure feet on the ground, emotional and physical balance, pride and a sense of achievement, and the incredible language of movement. As Jo says, “What many of these women feel is a huge sense of vindication: ‘Everyone is wrong, I am awesome.’” 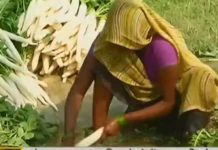 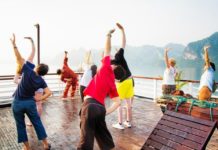 Wellness travel goes beyond staying fit on the go. Experts decode the trend 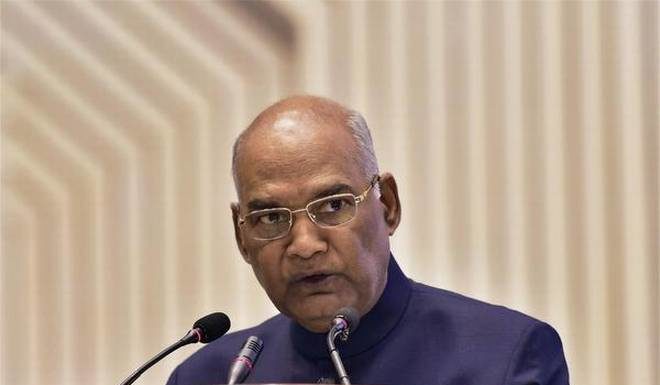